The purpose of the Belsize Village Business Association (BVBA) is primarily to serve our community. The BVBA has an incredible track-record of effective and cost-effective community change including:

Guided by our overarching principles known as the Three Pillars in public policy, we are are currently undertaking the following projects: 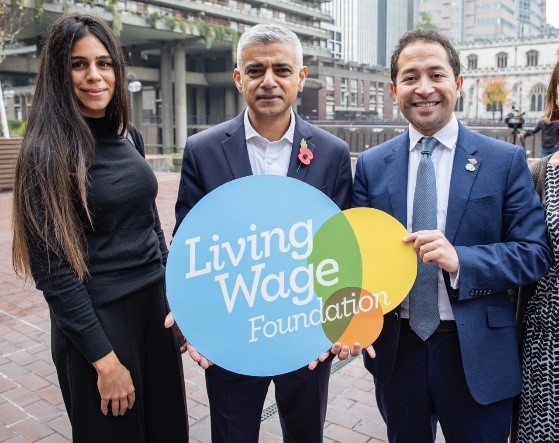 Belsize Village’s Living Wage Campaign was the original project started by the BVBA on October 4, 2018 and guides its activities. The Living Wage movement started in the early 2000’s by Citizens UK and eventually managed by the Living Wage Foundation with an aim of convincing enterprises, public, private and non-profit to pay their workers a wage in which they could live decently. Within London, this wage became known as the London Living Wage and is updated every November by the Mayor of London. Historically, one of the two primary sponsors of the BVBA, Penrose Care, was Belsize Village’s only Accredited Living Wage Employer since October 2012.

The second business in Belsize Village was Physio Ed Medical Belsize on August 25, 2020 and the third was Ergotec on August 26, 2020. 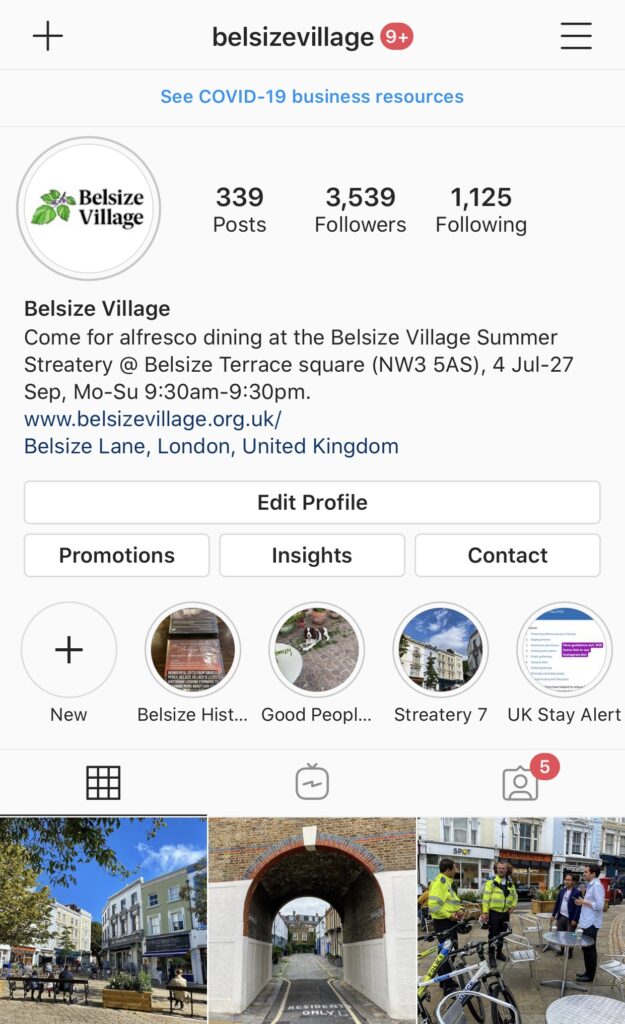 Belsize Village’s social media marketing campaign under the handle @belsizevillage was interlinked with our Living Wage campaign and became the foundational work that has allowed virtually all of our initiatives to be great successes.

The goal, outlined in October 2018, was to use Instagram and Facebook to attract customers in the wider NW3 area into Belsize Village to keep stop businesses from closing and indeed, to help them thrive to the extent they could someday pay their workers the London Living Wage.

You can find us on: 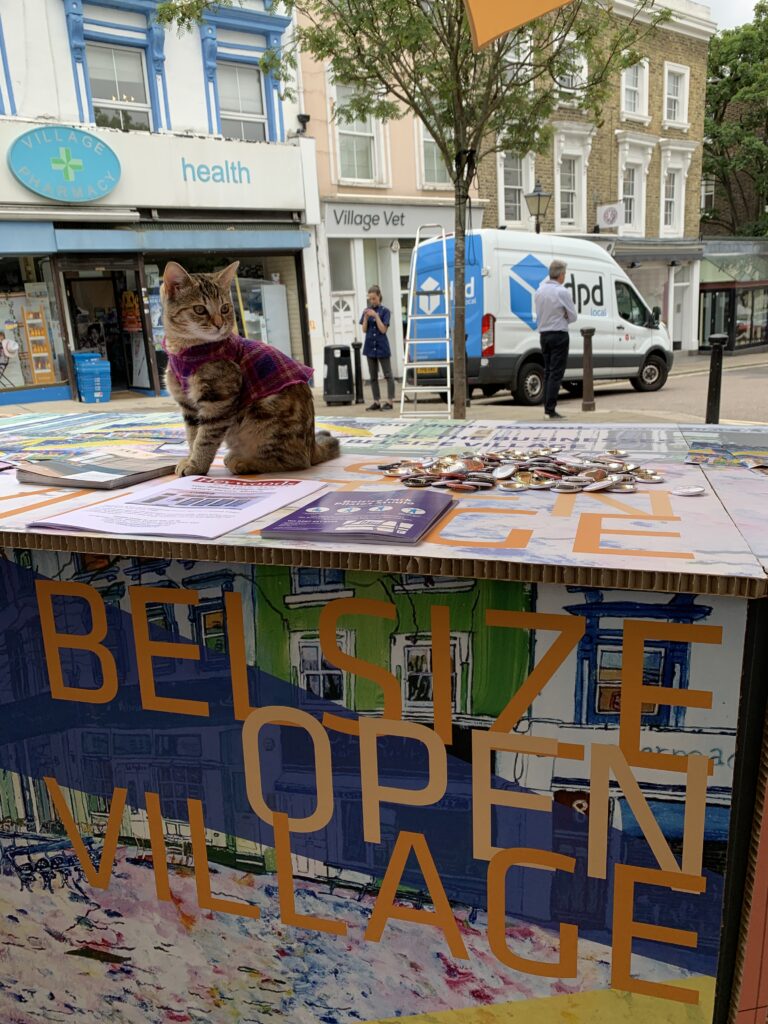 When the BVBA started in October 2018, Belsize Village had long lost its event spirit. Historically, the Belsize Festival was held every September from 1973 until 1989.

The spirit began to rekindle with Pivoine Nail Spa’s childrens face painting events on Halloween 2017 and 2018 and when local architecture firm OmniDe, with marketing support from the BVBA, held Belsize Village’s first major event since 1989 on June 19, 2019, the Belsize Village Open Day, where businesses agreed to be open for the public that day so the public could learn about each business. We feel it was a great success and contributed to the surge in community cohesion which had begun with the BVBA’s social media campaigning. The Open Day was followed by a Santa’s Grotto on December 21, 2019held by TETA’s Lebanese Kitchen.

The event led to what has been called an “economic explosion”, not just saving over 100 jobs post the Coronavirus pandemic lockdown but leading to jobs being created! The success garnered Belsize Village’s first ministerial visit on July 30, 2020 when Secretary of State Robert Jenrick visited the event. That same evening marked Belsize Village busiest evening for economic activity at least since 2005 (and thus probably ever) and this was further surpassed on August 11, 2020. Cllr Oliver Cooper had said the event could put Belsize Village on the map and it most certainly has. 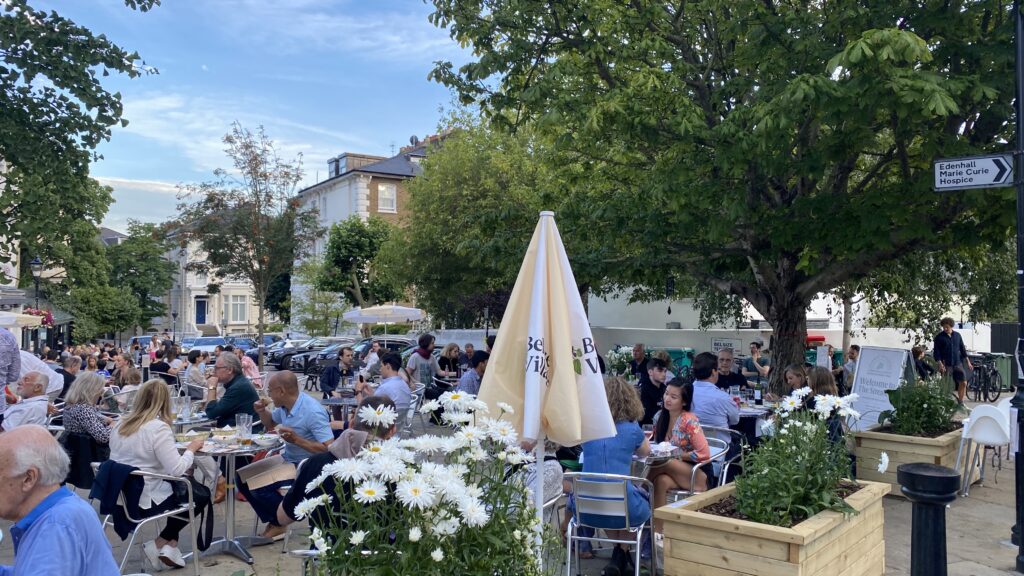 The BVBA’s comprehensive beautification and gardening project commenced on July 3, 2020 as a conjoined component of the Belsize Village Summer Streatery.

These efforts have included:

Prior to the the beautification efforts of the Belsize Village Business Association, Heywoods Estate Agents in 2011 organised hanging flower baskets on the village light poles. This beautification project continues to this day. 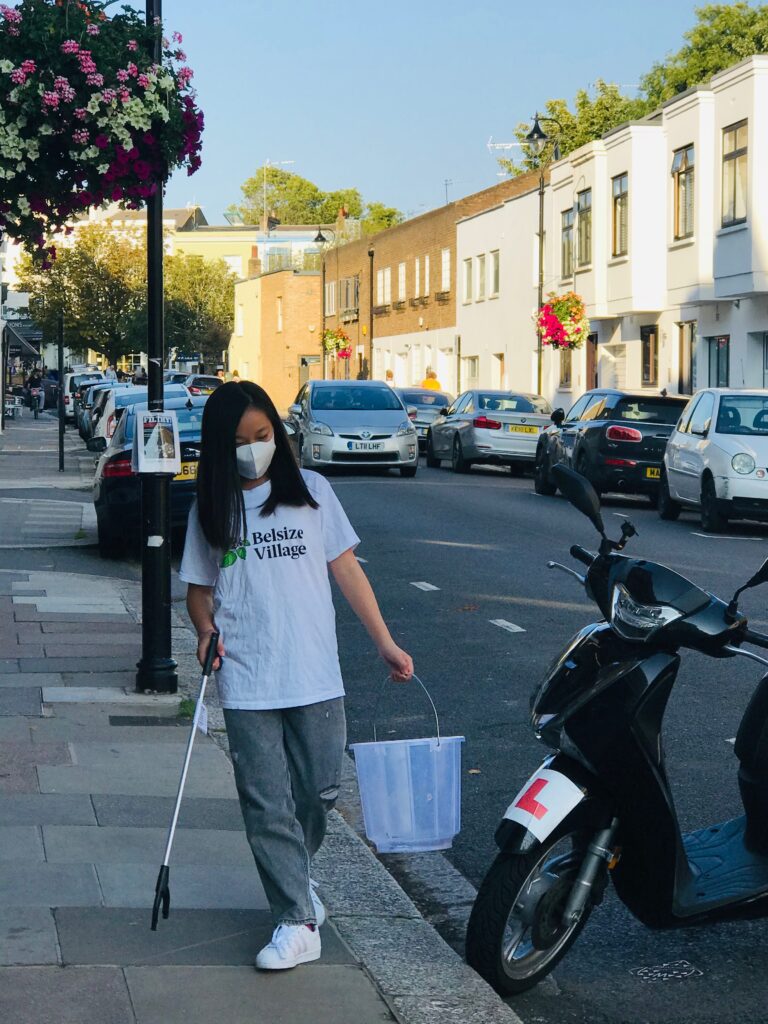 The BVBA’s Clean Belsize Village program started on July 3, 2020 as a conjoined component of the Belsize Village Summer Streatery as 1) it would not have been possible to hold a hospitality event on Belsize Village terrace square if our multi-decades old recurring rubbish mound remained as it smelled, was very unsightly and very unhygienic; and 2) we did not want newcomers to the village to visit and be put off by our historic waste and litter blights. Our successful sub-program to reduce cigarette butt pollution known as “bin the butt” started on July 9, 2020.

The successes of the Clean Belsize Village program have been incredible. As of August 30, 2020, we have: 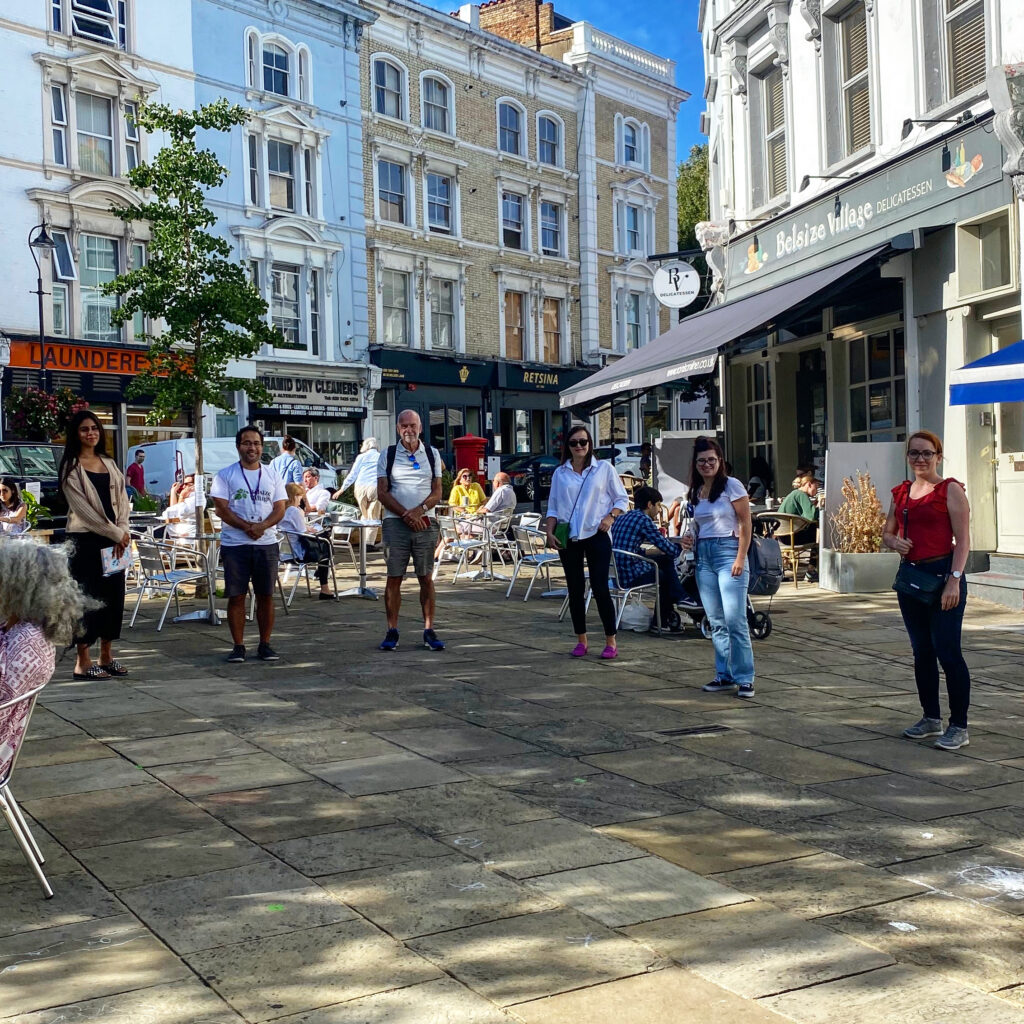